Restoring the Personal Connection Between Doctor and Patient

Concierge medicine refers to a small but growing movement within the U.S. healthcare system in which highly trained and respected physicians have transformed the manner in which they deliver medical care to their patients. By removing the influence of private insurers and governmental agencies, concierge physicians provide a type of medical care that is both uncompromising and personalized.

In order to accomplish their objective of independent and personalized medical care, concierge physicians typically create very small medical practices (i.e., containing a few hundred rather than a few thousand patients). Each patient in a concierge medical practice enters into a retainer agreement with their physician in which a set membership fee is paid on either a monthly, quarterly, or annual basis. Because this type of patient billing model is much simpler to manage, concierge physicians are able to avoid the bureaucracy and other constraints associated with health insurance companies.

The term “concierge” has historically been used to convey the concept of highly attentive and responsive service. In the context of healthcare delivery, the term “concierge medicine” is meant to describe a patient-centered, rather than a healthcare system-centered, approach. In other words, at a time when the U.S. healthcare system continues to consolidate into larger and larger medical groups that deliver faster-paced, increasingly impersonal, and “cost-effective” care, concierge medical practices provide a highly appealing alternative. Simply put, concierge medical practices such as Personal Physicians of Connecticut, LLC are a modern-day version of the small, personalized medical practices that existed decades ago in towns and cities across the United States prior to the emergence of third-party payers and managed care companies.

Finally, patients in a concierge medical practice are able to take full advantage of their private health insurance coverage. In other words, because of their extremely helpful and attentive medical office staff, concierge practices are better equipped to help their patients obtain maximum insurance coverage for costly items such as medications, lab testing, and medical imaging studies.


To learn more about Personal Physicians of Connecticut, LLC, please contact our Practice Manager, Kimberley Coleman, at 203.968.9500, or at Kim@ppcmedical.com.

Serving the many communities of Fairfield County, Connecticut, including Greenwich, Stamford, New Canaan, Darien, Westport, and others. Also serving a number of communities in Westchester County, New York, including Pound Ridge, Bedford, Armonk, Larchmont, Rye, Mamaroneck, Scarsdale, and others. 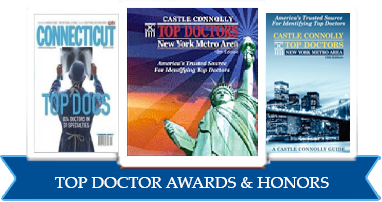